What’s a Slut to Do?

I’m so tired of people yelling “slut” at women who use birth control and would like it to be covered by insurance. Men who carry around a 12-pack of condoms along with their fully covered little blue pills, on the other genital, get a wink and a nod for doing what guys do. 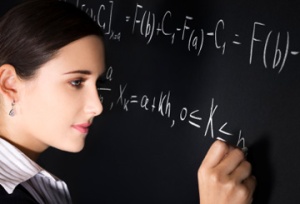 I’d also like to know if the quaaludes Bill Cosby used to rape women were covered by insurance. Really, this question has kept me up at night for a week.

So, no, I’m not a slut, a whore, a tramp, a skank, or any of the other lovely words tossed loosely at girls and women who have sex, think about sex, can spell sex, or belong to some kind of sect. Yet for nearly 30 years, I relied on birth control of some sort, primarily the pill. I credit my ability to live the way I want to Margaret Sanger and a tilted uterus I refer to as “the goalie” because she never let anything into the net.

When I first started taking the pill, I was 17 and it was free at the university health center in… wait for it… Texas! All I had to do was bear with a good ol’ Texas gyno who told me, a virgin seeking to prevent pregnancy that I had “childbearing hips.” Fortunately I proved that my hips were meant for walking and that’s just what they did… without having a human child hoisted up on them.

But because I had sex, albeit it with a series of spouses, and relied occasionally on birth control I couldn’t afford (hey, I stole toilet paper from the library and ketchup packets from fast food chains throughout college), I guess I WAS a slut. Someone should tell that to my college debate team because when I refused to sleep with any of the guys, I was labeled “frigid” and a “narc.” Well, the latter was more because I also turned down offers of cocaine and LSD.

If the voices calling women “sluts” get any louder, why don’t we implement the solution those folks always offer up: Let’s just unscrew everyone. No birth control or abortion for us? Fine, no sex for you! Jerry Seinfeld had the Soup Nazi; we’ll become to the Sex Nazis. No sex for you, no sex for you, bread for you…

The good news is that studies have shown that women who don’t have sex become smarter while men become stupider. Here’s my plan: No sex with anyone until the presidential elections in November 2016 (you can do it; I’ve made it 7 years!). By then they guys will be too dumb to find their way to the polls and we’ll finally have the matriarchy we need.

When anyone asks where you came up with such a crazy idea, tell them a slut suggested it.